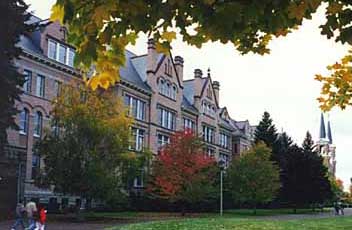 Beware of False Prophets, which come to you in Sheep's clothing, but inwardly they are ravening wolves. Matt: 7:15

Futurism was created by the Jesuits during the counter reformation. For Two hundred thirty years, it was not taught outside the Catholic church. And in early Victorian England it was unlikely that a protestant would Read a prophecy book written by a Jesuit. The Order was held in wide contempt at that time in Europe. In 1773 it had been disbanded by the Pope himself for its treachery.

The term Jesuit is synonomous with terms like deceipt, chicanery, infiltration and intrigue. True to form they managed to get a foothold for their counterinterpretation in England by having a Jesuit named Lacunza publish the interpretation of Revelation under the name of a Jewish rabbi, Ben-Ezra. Edward Irving and then Darby got the Catholic teaching into Protestantism.

Futurism was popularized in 1900 through a network of Jesuits and Zionists using an imposter, C.I. Schofield, as a front. Scofield credits Hort and Westcott on the second page of the introduction of his bible for their influence. These men were Jesuit plants within the Church of England.

History repeats itself largely because this 500 year old order doesn't change it methods or tactics. So when it was discovered that the father of modern prophecy, known to the world as a Baptist seminary graduate sent two of his daughters to a Jesuit University, the lights went on. Gonzaga University is one of 28 co-educational universities affiliated with The Society of Jesus in the United States. It is located in Spokane, Washington. Its recent fame is built on the success of its basketball team.

The Gonzoga Alumni Directory for 2002 list Robin and Jenny Lindsey as 1985 graduates with degrees in bachelor of arts. They are both married and live in Englewood, CO and Pacific Palisades, CA respectively.

The current Alumni Directory can be obtained by calling the Bernard C. Harris Publishing Company in Purchase, NY at 1-800-877-6554.