Earthquake - The Big One

"And there was a great earthquake, such as was not since men were upon the earth, so mighty an earthquake, and so great." Rev 16:18

Popular prophecy expositors would have you believe that this earthquake will be a literal earthquake. However, historicist expositors have always taught that earthquakes in prophecy signify political revolutions.

In the book of revelation there are four earthquakes. The first shook the Roman Empire when paganism was overthrown and Christianity made the state religion under Constantine (6:12). Another earthquake quickly followed when the barbarians overthrew the Roman Empire. (8:5) 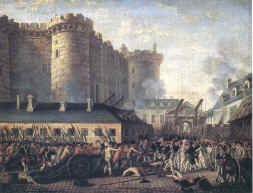 Then an earthquake occurred at the end of the time, times and half a time when the Papacy was overthrown in the atheistic French Revolution (11:13.) But, the final earthquake is the biggest political upheaval of all time. It is associated with the Great Day of God Almighty, Armageddon.

The first two earthquakes destroyed the fourth beast. The second earthquake overthrew the sea beast and the final earthquake will shake the 8th beast.

John wasn't the first to see the end time earthquake. As we shall see, Ezekiel and Zechariah wrote about it as well. It all becomes intensely interesting when you realize that this end time political revolution will be in the wilderness.....not in Jerusalem.